THE ONE HUNDRED DOLLAR PROJECT

THE ONE HUNDRED DOLLAR PROJECT  is a 13-channel video installation about the value, meaning, and perception of labor. "How many people can be hired with $100, for one hour, and what will they do during that hour?"

"The economies of labor are especially relevant to the idea of cultural transference as money can be an empowering factor in how culture moves through the world. Elisabeth Smolarz's The One Hundred Dollar Project (2006–2012) compares the economic value of $100 in each of the G8+5 countries. In each place, Smolarz asked local residents "how many people can be hired with $100, for one hour, and what work will they do during that hour?" In most of the European countries, generally three people would agree to share the amount, whereas in India thirty-six people showed up to participate and share the $100. The artist's intention in surveying these countries in this way was to visualize the discrepancies between economic conditions on a global scale. Accompanying the videos are color-coded shapes that reveal a comparative assessment of each country's share of the world's population, share of the world's wealth, and their 2011 account balance."

Cultural Transference, The Elizabeth Foundation for the Arts, New York 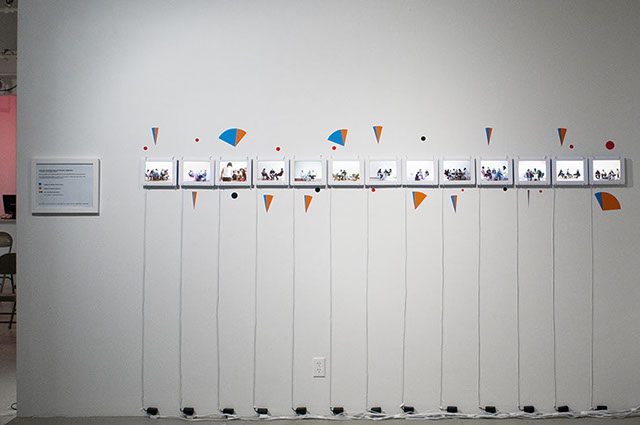 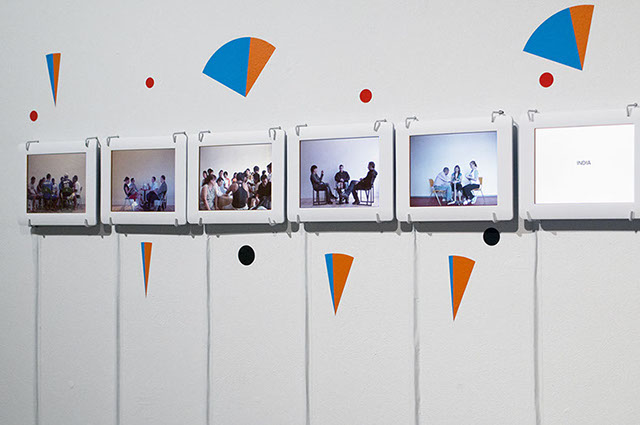